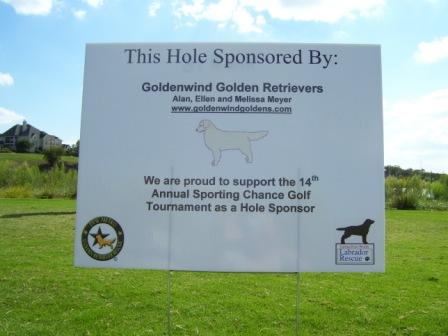 Our Credentials & Affiliations Past & Present:

Experience as Board Members and Volunteers:

Alan served on the DFWMGRC Board Of Directors as Vice President and Board Member At Large.   In addition, he served as their Specialty Show Chairman, Chief Ring Steward, and “Bench Committee Chair”    He has been a member and active volunteer of DFWGRR.  To his credit, Alan dressed up as Santa for the annual Santa Paws Fundraisers.  Most noteworthy, Alan wrote the DFWMGRC Member Column for the Golden Retriever News which is the official publication of the Golden Retriever Club Of America.

In 2001, Melissa was one of the top Golden Retriever Junior Handlers as well as one of the top Brittany Junior Handlers in the United States.  Additionally, Melissa was at that time period, the youngest Junior Handler to quality and compete at the prestigious Westminster Kennel Club in New York City.   Later on, Melissa also handled dogs professionally and we are so proud of her.  She has been awarded Major wins in the Golden show ring with her client dogs including Winner’s Dog at the very competitive Greater Houston Golden Retriever Club Specialty.  Melissa also has ‘finished’ many of her own bred-by Brittanys over the years as well as other various breeds of dogs.  Please visit Melissa’s page  Melissa

Our ‘kennel name’, Goldenwind Golden Retrievers, came from Ellen’s love, fascination, and respect of severe storms and weather.  If you will, picture a Golden Retriever running in the wind.  In fact, Ellen has ‘chased’ with Tim Marshall, Carson Eads, Gene Rhoden, and other high profile Storm Chasers.   Ellen was a member of the Texas Severe Storms Association (TESSA) in the 1990’s and she held the position of Tessa’s Public Education Coordinator.  In 1997 at our first litter’s puppy evaluation party, a severe storm blew through Plano complete with thunder, lightning, high winds and hail.  Furthermore, after the storm was over, the puppies went outside and started retrieving baby birds that had been blown out of their nest in one of our trees!  That was Keesha’s first litter and as a result, Goldenwind Golden Retrievers became established.

“Keesha”, CH Tempo’s Joy To The World, became our foundation for Goldenwind Golden Retrievers in 1995.  We attended our first Golden Retriever Club of America (GRCA) National Specialty Show in 1995 with Keesha where she won both the Puppy Bitch 6-9 Sweepstakes Class   In addition to that, she then went on to also win the Puppy Bitch 6-9 Regular Class.   A few days later, Keesha then went behind her dam, BISS CH Rockhill Robin’s Upbeat Tempo SDHF OD (Robin) who won the Brood Bitch Class.   In a like manner, In 1996, at the GRCA National Specialty Show, Keesha earned the honor of Reserve Winner’s Bitch.

We bred our first litter in 1997 breeding “Keesha” to Beth Johnson’s stud dog CH Summit’s Crocodile Rock (Burbank).   As a result, we produced two Champions from that litter:

Over the years, through our stud dog and bitches we have gone on to title/produce AKC titled dogs in Conformation, Obedience, Field, Agilty and Rally and Golden Retriever Club Of America (GRCA) titles such as SDHF (Show Dog Hall Of Fame), OD (Outstanding Dam), and WC (‘Working Certificate).  Lastly, we also have produced dogs titled with TDI (Therapy Dog International) and CGC (Canine Good Citizen).

A dog of our breeding was awarded the prestigious AKC Obedience title of Utility Dog Excellent (UDX), Goldenwind One Life To Live “Noah”  Noah’s Pedigree

Fellow Breeders We Have Partnered With: 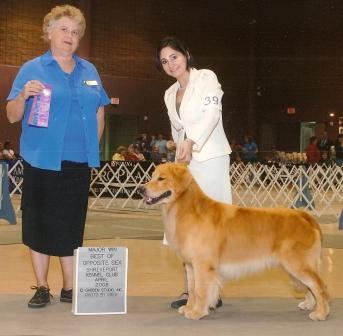 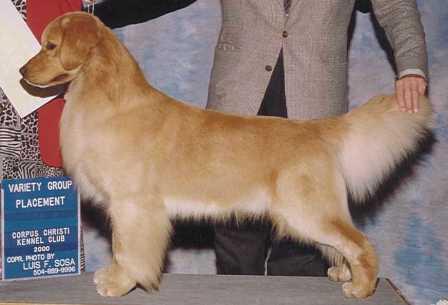